Los Angeles journalist and podcast host Darian Symoné Harvin kicked off a Twitter thread urging black women to share photos of themselves standing “confidently” in front of the Mona Lisa in order to challenge societal ideals of beauty.

Harvin shared a throwback photo of herself from a recent trip to Paris posing with a half-smile in front of the famous painting. She urged other black women to do the same, clarifying that it is “NOT meant to be a black elitist traveler thread,” but rather to reinforce the idea that “beauty comes in all forms.” 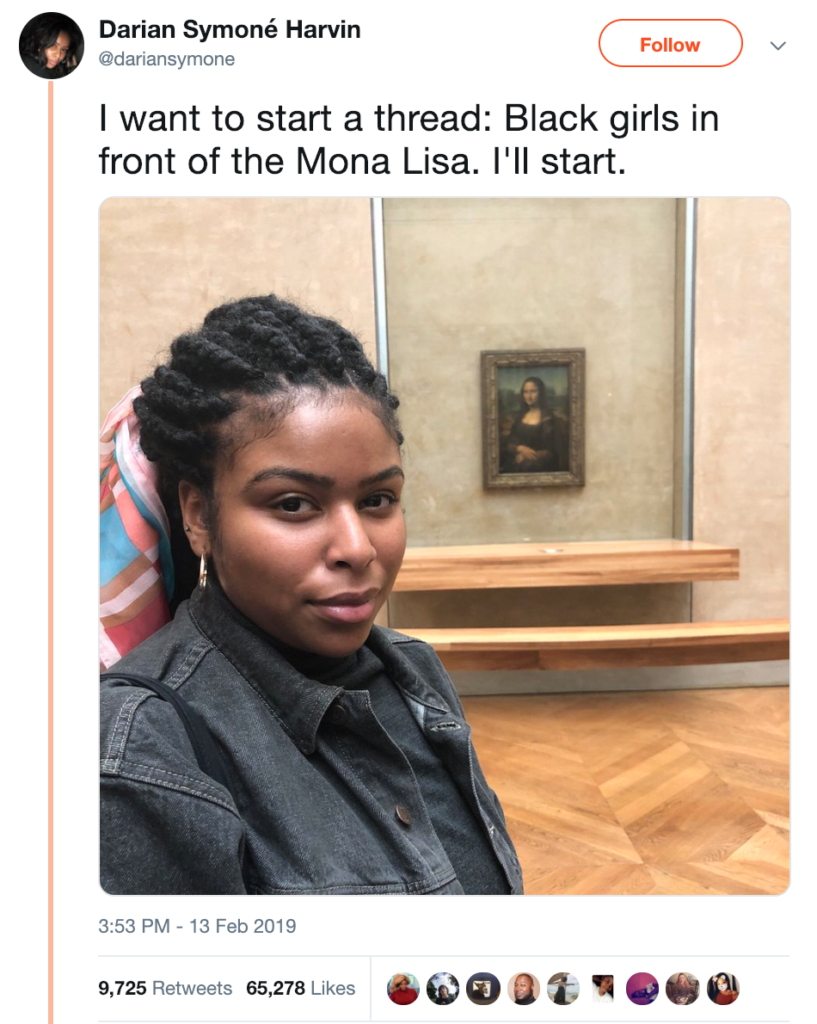 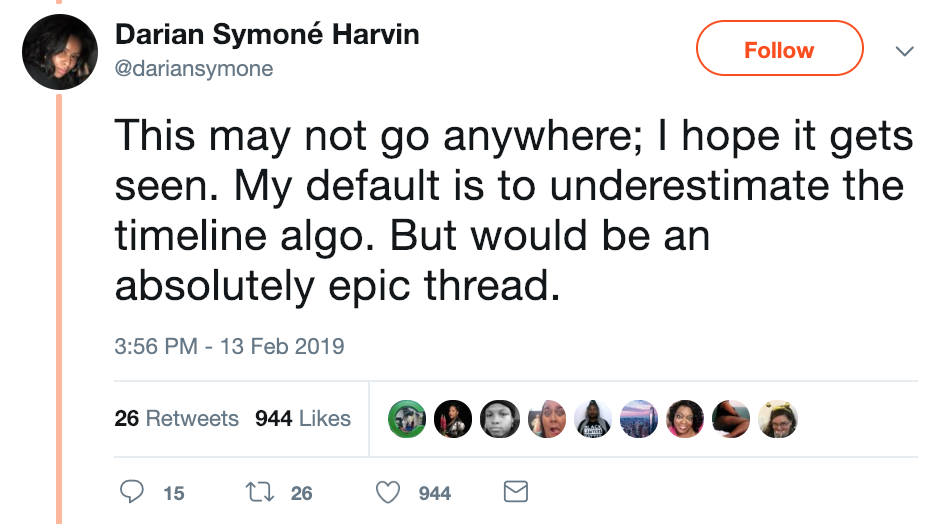 “I just feel like Mona Lisa has been fed as this ‘traditionally beautiful’ woman, and when I see black women stand confidently in front of it, i think it pushes back against this notion of who is ‘beautiful,’” she wrote. 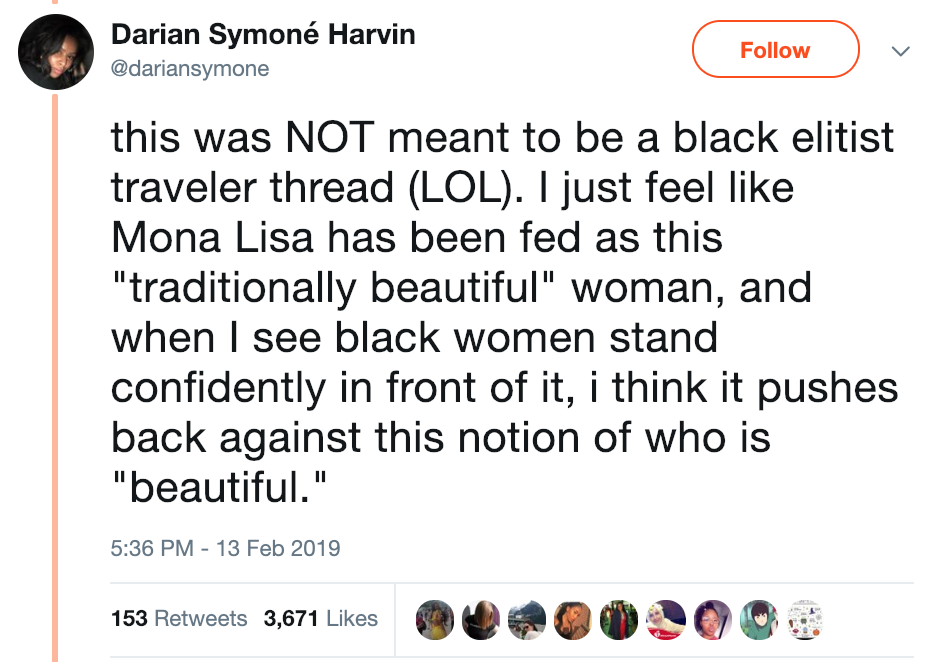 Harvin, who used to work at BuzzFeed, told the publication that “Anyone who has seen the Mona Lisa in real life knows it can be underwhelming, as it is pretty small; however the image is significant due to her mysterious gaze and because it’s by Leonardo da Vinci. But I also think the painting has, over time, contributed to ideals around beauty and what’s acceptable.”

She added: “My hope was that if I shared my photo, other black girls would feel encouraged to as well, and we could reinforce the idea that beauty comes in all forms. Like I said in a subsequent tweet: I just feel like Mona Lisa has been fed as this traditionally beautiful woman, and when I see black women stand confidently in front of it, I think it pushes back against this notion of who is beautiful.”

Dozens of black women began responding to Harvin’s thread with their own photos, and while many were also throwback pics, many were from 2018.

The Louvre museum broke visitor records in 2018, due in large part to Beyonce and Jay-Z’s Apesh$t music video. The museum even set up a “visitor trail guide” for fans who wanted to see the pieces in the video.

That’s my momma living her best life when I took her to Paris last year. She immigrated from Haiti, raised 6 kids and sent us all to college. A BOSS. pic.twitter.com/9Gv2kK9QPo

Huge throwback but a thread I can participate in! pic.twitter.com/sVhbdpF5em

Me & my momma this summer! pic.twitter.com/U1Fr3ay21o

me ft my top knot pic.twitter.com/9VTnmWTses

My birthday weekend in 2018 pic.twitter.com/aBst4flxN5

My first trip to Europe (2014)! I can’t wait to go back someday soon ♥️ pic.twitter.com/shxpOyRR4U

I knew this pic would come to use. pic.twitter.com/oZDQOhwTeY

This was wildly specific but… ? pic.twitter.com/tKdEufnIor

I’m in but somebody wouldn’t let me be great! pic.twitter.com/dW1uluk6tH

A thread I’m here for pic.twitter.com/h4a5N4A8op