There are a lot of creeps out there and all they have to do to connect with you is guess your number right. It’s wise to be wary of any random text from a stranger asking to chat. They’re most likely a catfish, or someone pretending to be somebody else to get your time, attention, and probably your money. While there are a few wholesome stories of wrong numbers out there, they’re few and far between.

That’s why this post on subreddit r/quityourbullsh*t from user u/ephemeraII is so satisfying. In a series of screenshots, a guy seemingly texts the wrong number, then asks if he can keep chatting with the person on the other side anyway, who says she’s named Rachel.

He’s a marine, you see, and is feeling lonely. He even sends Rachel a picture proving who he is and explains he’s a staff sergeant named Justin who is based in San Diego. 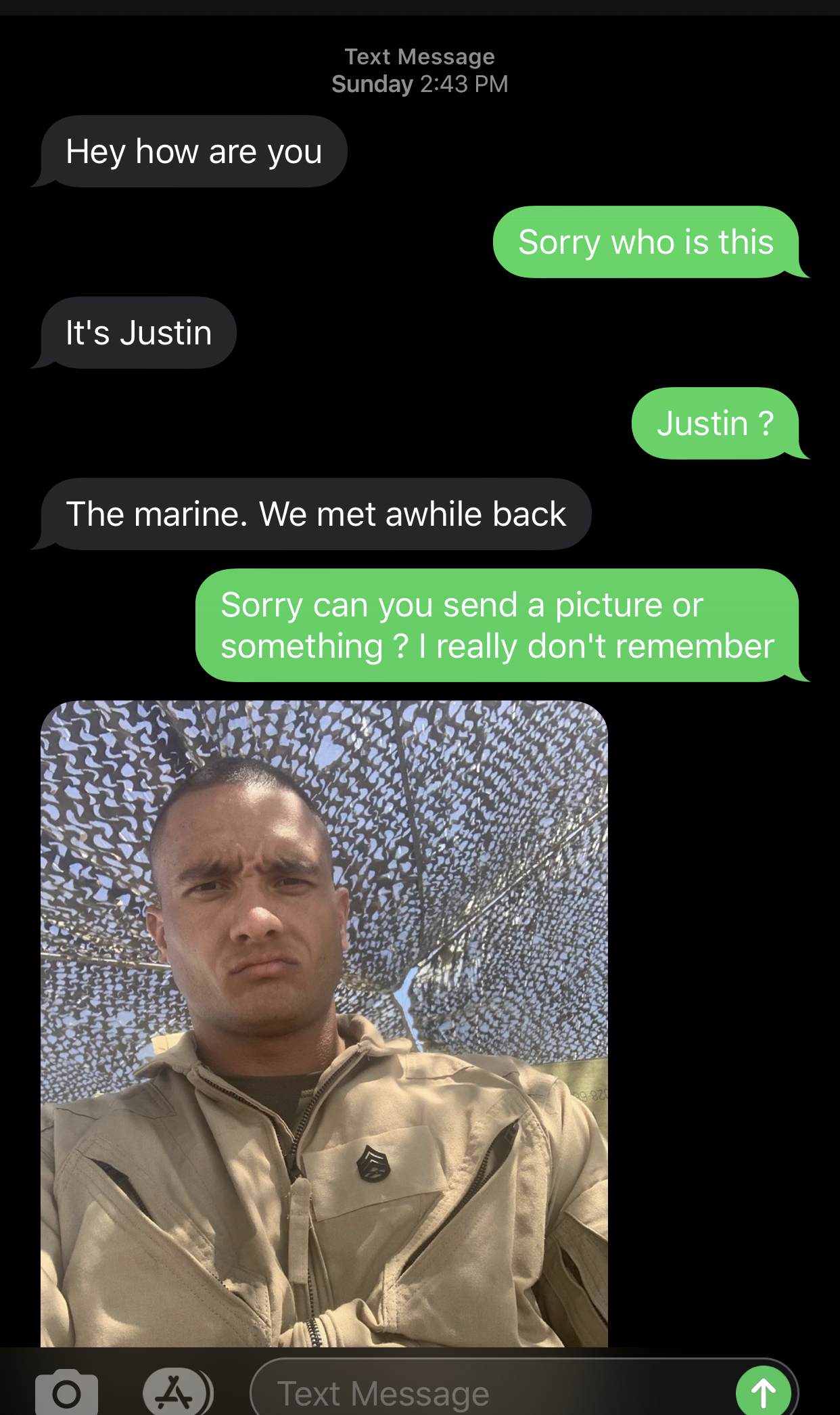 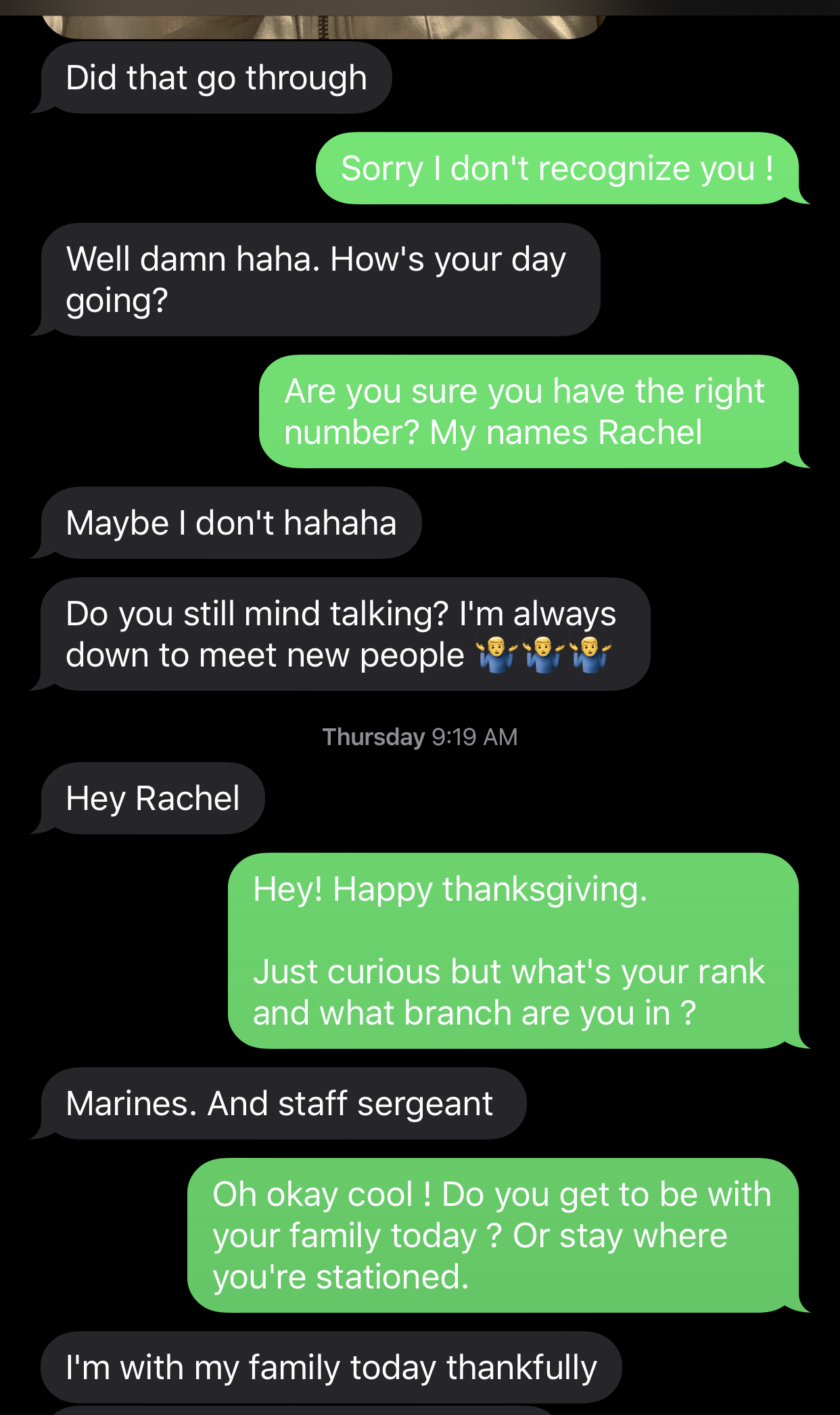 Even though she doesn’t talk to him much, he checks in again around Thanksgiving. She seems more interested than before and even sends her own pic. is this an adorable romance brewing, via a surprise connection? 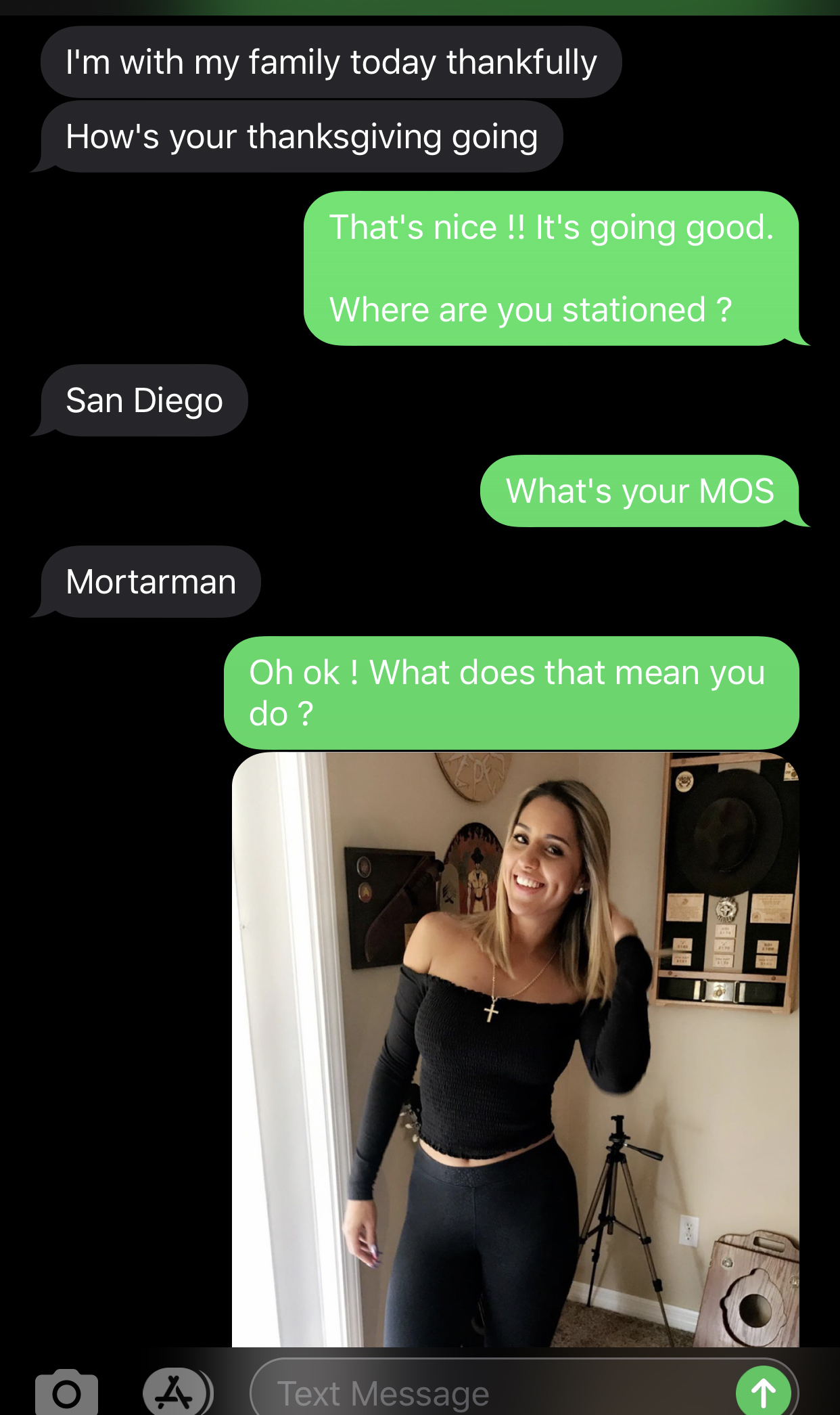 But then Justin has a “random question.” 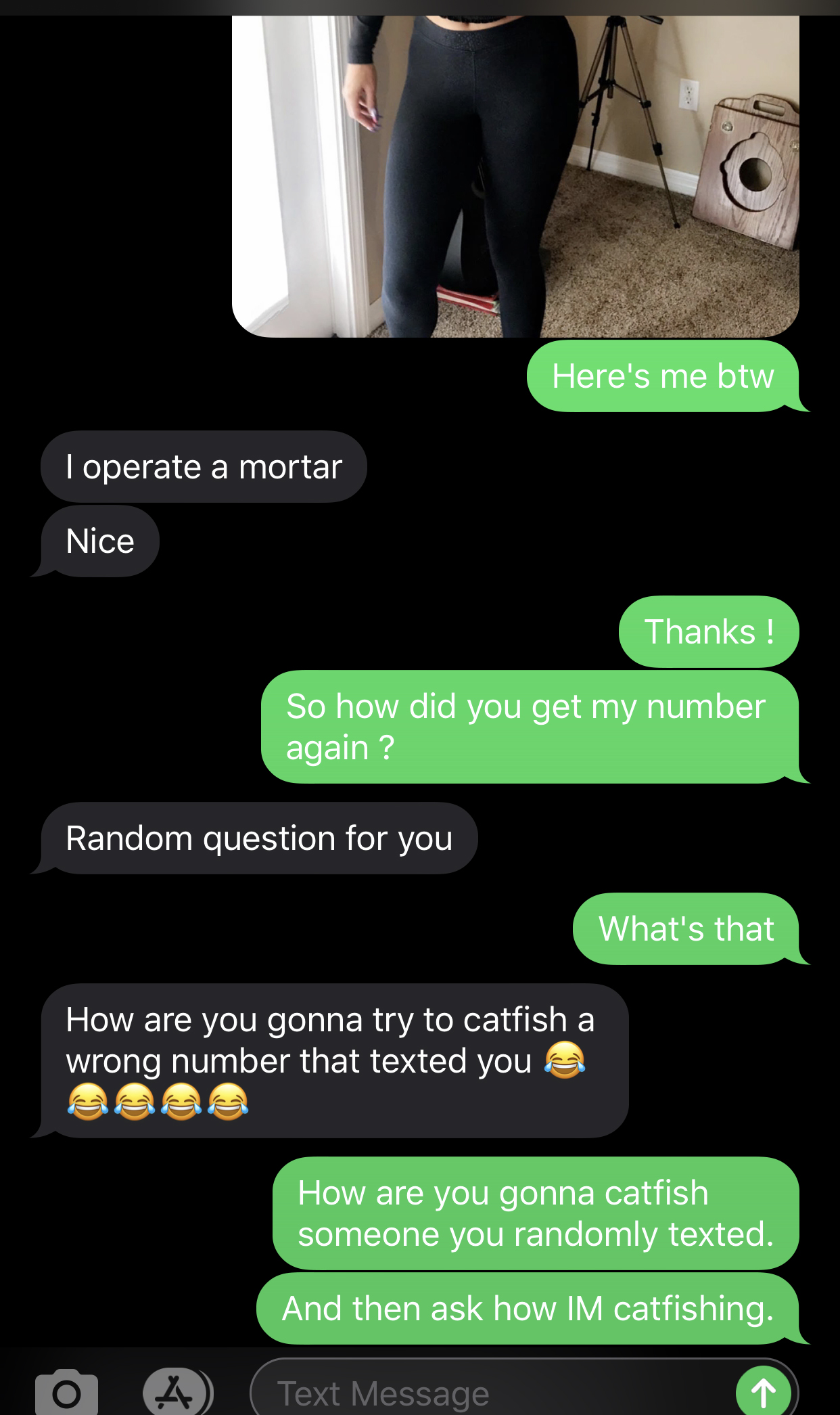 “How are you gonna try to catfish a wrong number that texted you,” he asks, delivering a series of laugh-crying emojis.

“How are you gonna catfish someone you randomly texted,” she replies, “And then ask how I’M catfishing.” 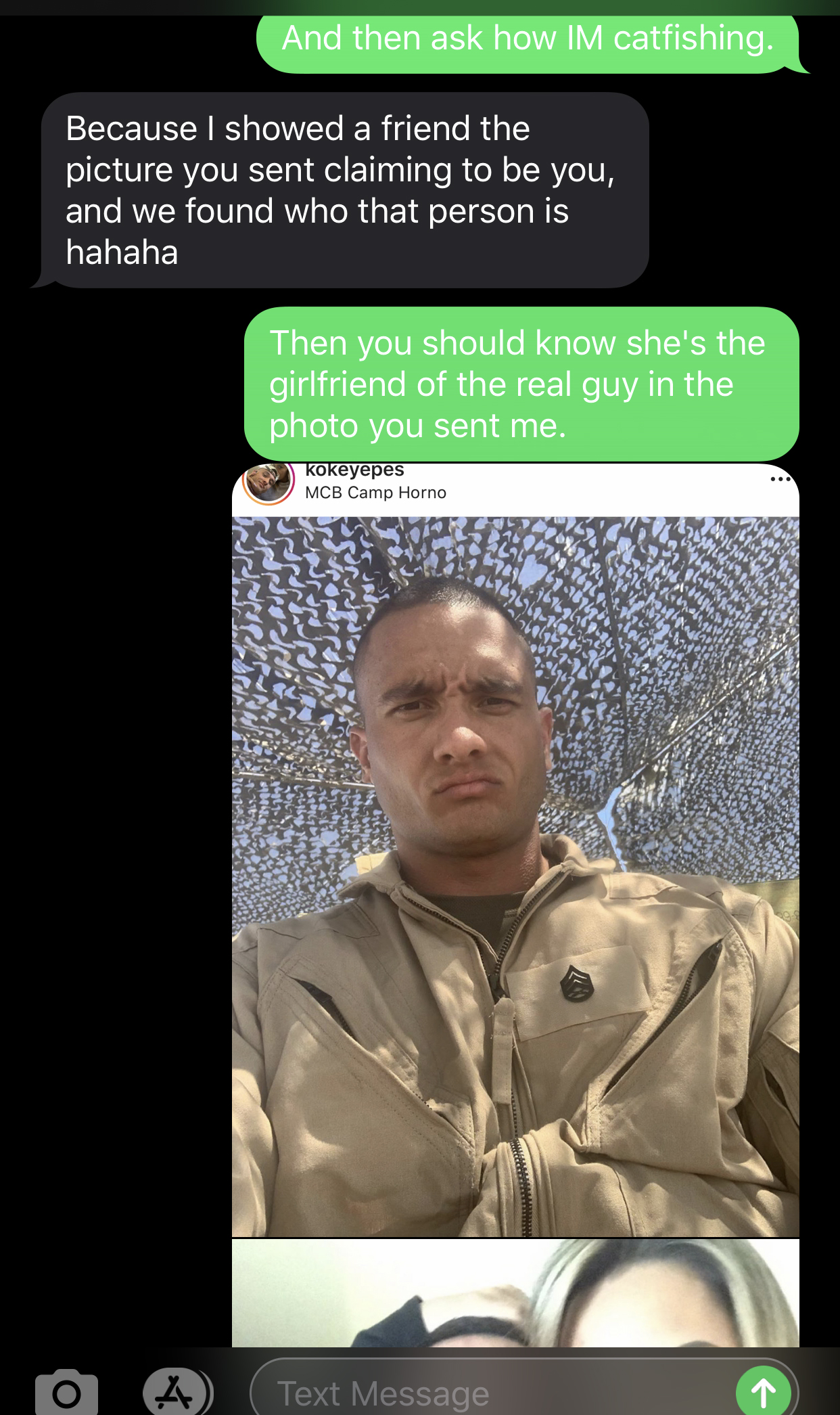 “Because I showed a friend the picture you sent claiming to be you and found out who that person is,” he responds, adding some hahahas. So funny!

“Then you should know she’s the girlfriend of the real guy in the photo you sent me,” she writes, then sends him a few screenshots of an Instagram showing the original image this catfisher dude stole, as well as a pic of their two avatars hugging each other.

There’s no response to that, though “Rachel” tries to get them to answer, texting, “C’mon we’re so cute.” 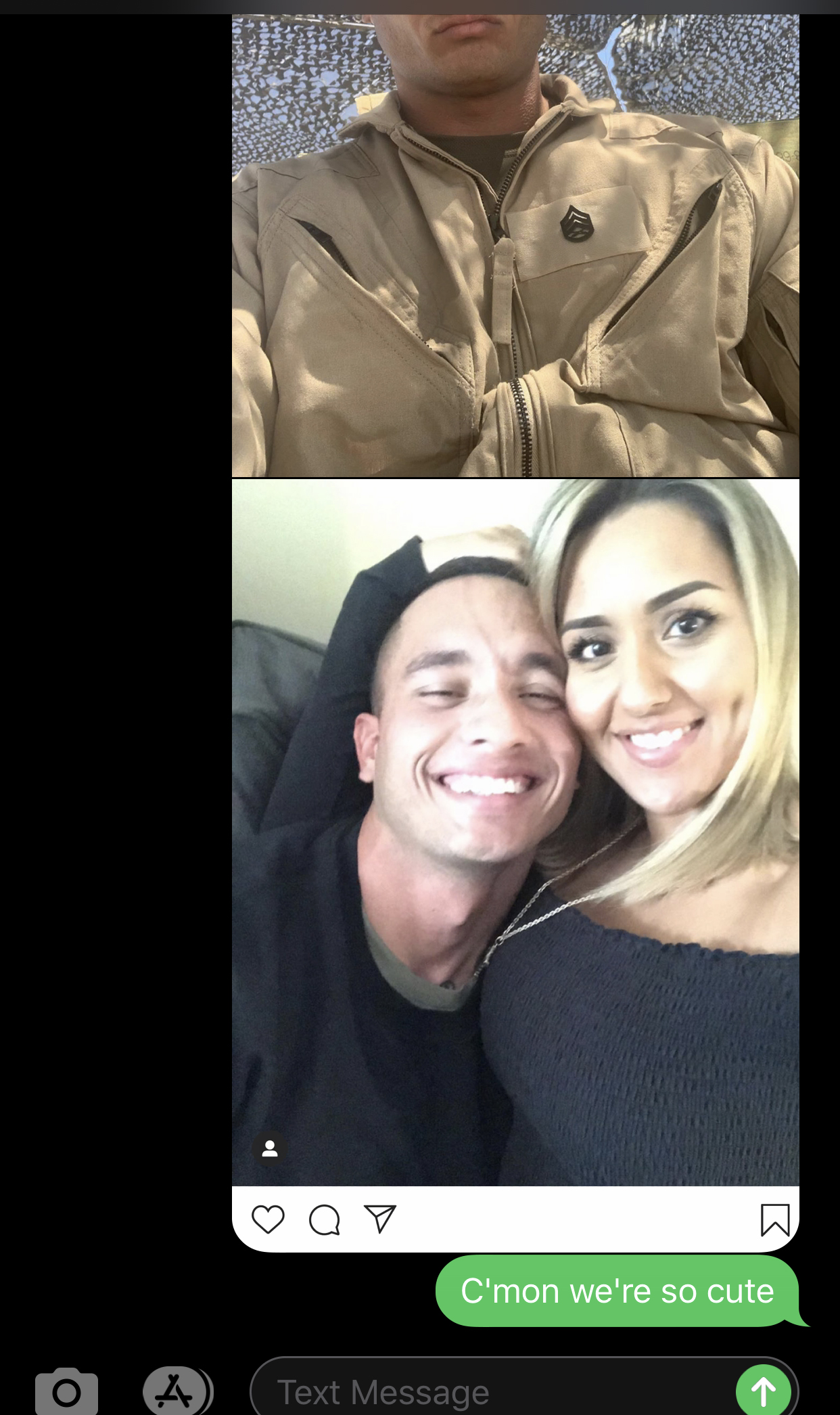 There’s a lot of lessons in this story for everyone. Catfishers gotta learn to source their fake pics better and the rest of us have to be less gullible.