Netflix has become nearly as indispensable to most Americans’ lives (or at least mine). I don’t even CARE that they’re raising prices by like $2 because I watch it every day, even when I’m not watching it and it’s just on for background noise.

Netflix can do no wrong. Not even when it glitches out and mismatches preview images with descriptions. Because all that leads to is a good laugh or several, as the following tweets prove.

Either there’s a @netflix glitch or @MarieKondo’s methods have escalated. pic.twitter.com/yzfR1bbC69

Our glitch was better: pic.twitter.com/rogb7U5Xqi

tried to screenshot parks and rec but apparently screenshotting netflix makes it black so now i have this picture pic.twitter.com/hfuxUz5xnO

the #mariekondo @netflix glitch brought back happy memories of when this Winston Churchill doc description was lingering in places it shouldn’t. talk about revealing some big secrets though, damn. #netflix #MARIEKONDO 1/3 pic.twitter.com/H0Mw6aRPMJ

When did pokemon get so hardcore? pic.twitter.com/6s4U2TqzKy 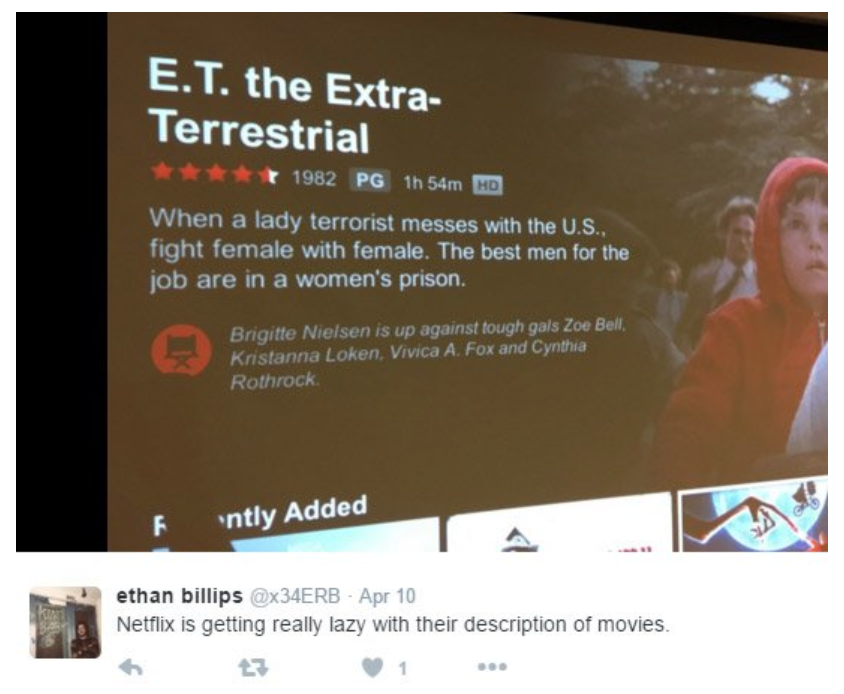 Also these mistaken Netflix descriptions for Bob Ross had me laughing: pic.twitter.com/NaMrWaaI1f

A couple of years ago this one happened to me. ? pic.twitter.com/vehL5v8hyc 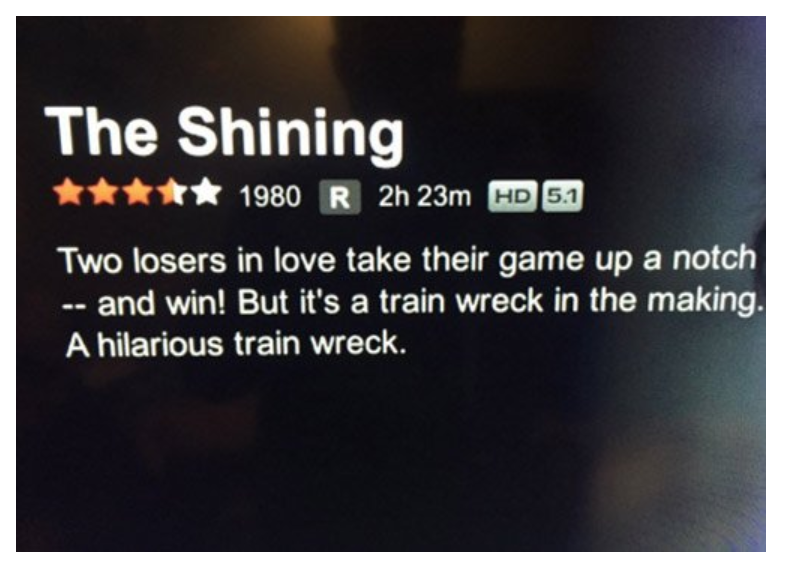 Netflix, you might want to fix this description. #Netflix #wtf pic.twitter.com/j2HCPjDsbO

@SummaryBug Man, Winnie the Pooh has gotten a lot darker since I was a kid pic.twitter.com/DMRfouiJ4r

— Due to the shutdown I’m cancelling all your tweets (@JustinOArnold) December 23, 2015

Lol mega glitch, as that’s from the TV show “How to get your kids to tidy up with Mother” hahaha best one I’ve seen was @rickygervais @DavidBrentMovie next to sausage party lol pic.twitter.com/ZeIkvfjYmD

@SummaryBug I really want to watch The Walking Dead with the cast of Kimmy Schmidt! pic.twitter.com/Yq55DOvTN0

Turns out Turbo is much more than a feel good family movie about a fast snail… Nice description #Netflix pic.twitter.com/yozkAZuo0F

My Netflix had an error and kept the same description for everything pic.twitter.com/kfJ3Klx6Or 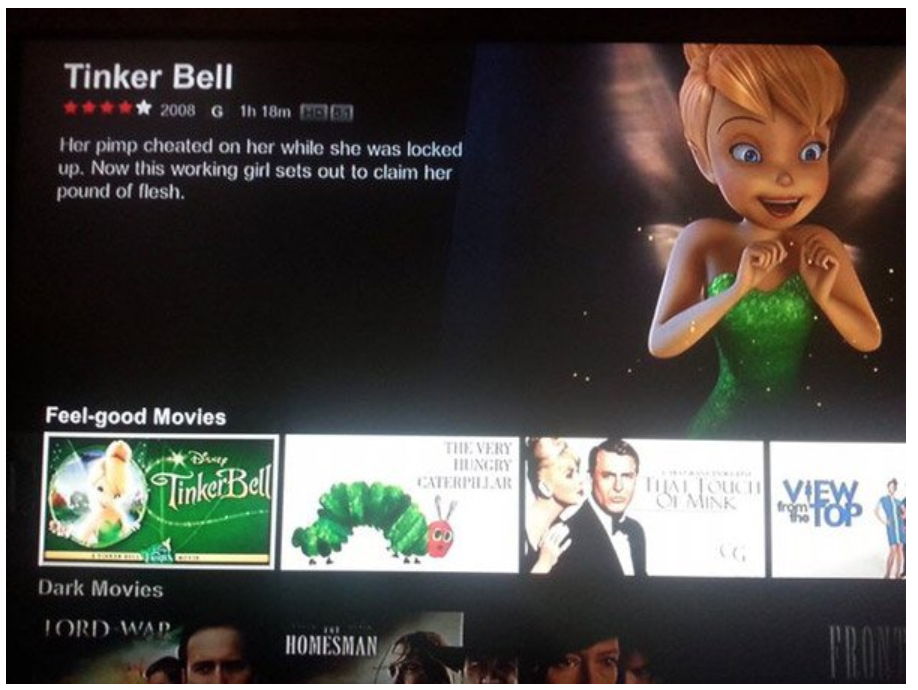 If you're wondering where to find funny pictures on the Internet? Wonder no more. Ruin My Week is a place where you can escape all of the noise and negativity out there with funny pictures, funny photos, funniest tweets, funny stories and really anything else you need to keep you laughing.