Game of Thrones didn’t air any episodes in 2018, but that didn’t stop parents from naming their children after the characters on the hit HBO show.

Recently released data by the Social Security Administration shows that—excluding the Jons and Jaimes—over 4,500 American children were named after Game of Thrones characters in 2018, and that 2,545 of those babies were named Arya. (These parents are almost certainly stoked over the outcome of the Battle of Winterfell a couple of weeks ago.)

The name Ellaria was surprisingly high up on the list, surpassing more prominent characters like Theon and Bran despite appearing in just four of the series’ eight seasons.

Daenerys was fairly far down on the list, but whether this is due to Murphy’s misspelling of the name (“Daenarys” rather than “Daenerys”) is unclear. Regardless, “Khaleesi” was used a whopping 560 times, with other spelling variations making an appearance.

According to NBC News, the name Jorah was exclusively a girl’s name from 2000 to 2008—”But then Ser Jorah Mormont happened, and since 2014 more than 80 boys have been born with the name.”

On Twitter, folks couldn’t wrap their heads around naming a baby ‘Gregor,’ after Gregor ‘The Mountain’ Clegane, brother and sworn enemy of our beloved Hound and zombie bodyguard to big baddie Cersei Lannister. 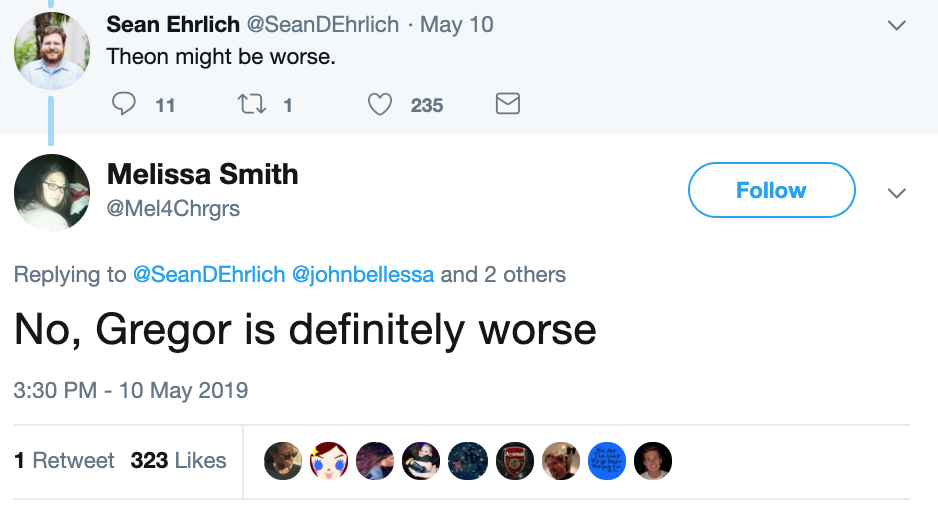 Many voiced outrage at the lack of representation for characters like Eddard, Tormund, and Missandei. 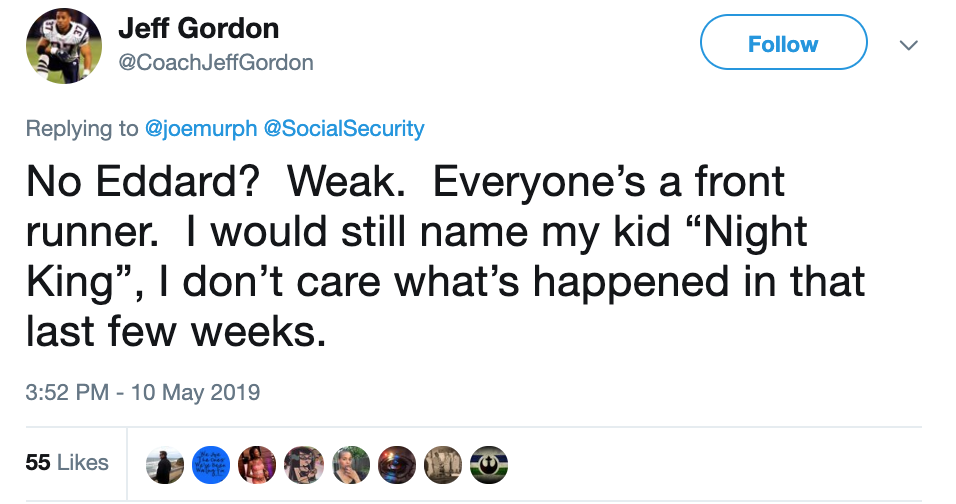 While ‘Gregor’ is bad, Thanos—as in, the genocidal psychopath from Avengers: Infinity War and Avengers: Endgame, is innumerably worse. According to the SSA, 13 people in 2018 named their newborns after the super-villain Titan—which really makes you wonder how many more will honor The Mad Titan in 2019.