A lot of people are very Passionate Online™ about their particular diet. Vegan, vegetarian, keto diets, pescatarian, and, if you’re me, having a tiny breakfast, tiny lunch, and one massive 2,000+ calorie dinner that makes me need to lie down.

I’m not one to force my dietary beliefs onto others, nor am I going to judge yours, but it does seem like vegans love to shame and finger-wag at those who don’t subscribe to that lifestyle.

That’s a little much, no? The Internet felt the same, as hundreds of people flocked to the comments to raise a question or two about this suggestion.

Linden brought up the scientific reasons of why we’ve evolved into omnivores rather than strict vegetarians.

Others… seemed ready to try it out?

Others brought up the hypocrisy of suggesting raw meat when we don’t eat vegetables raw.

Others explained why no one should be eating raw meat.

Others were just as tired with being shamed by their eating habits.

Others actually brought up that raw meat, when prepared correctly, is quite the delicacy.

And others explained that the entire concept of “diet” is a modern construct. 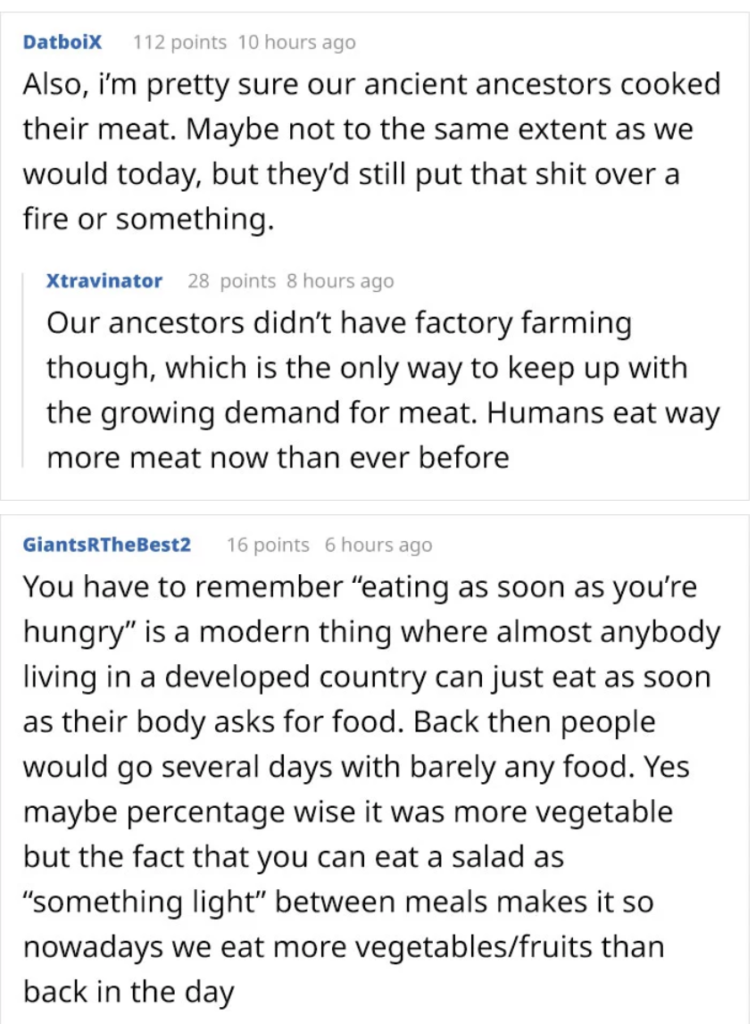 Eat what you want, just don’t post weird propaganda about it on social media.